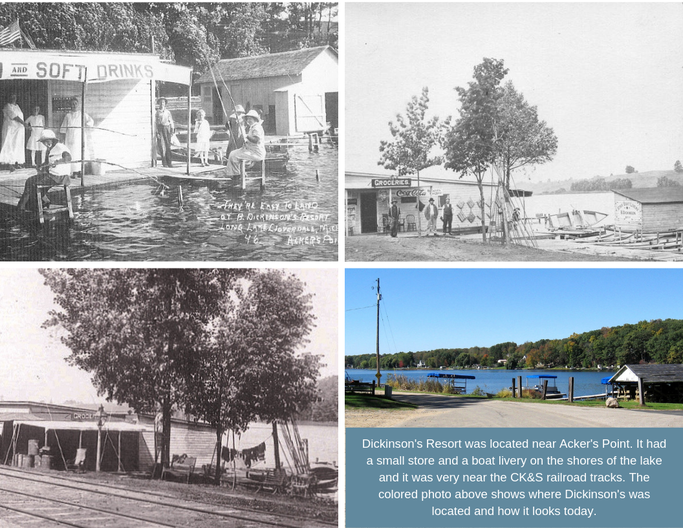 The three pictures of Dickinson's Resort on the calendar and the one below are the only ones I can find. Information about Dickinson's  is extremely limited. 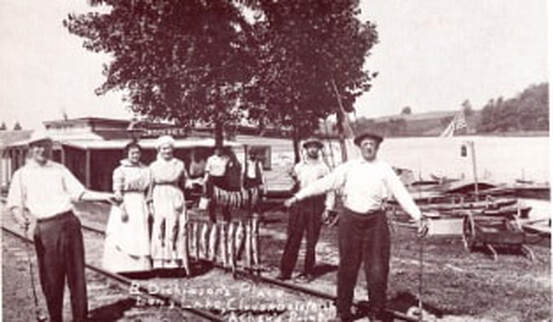 I did find an article that stated that John Acker was not happy to have someone renting boats cheaper than him so he kept reducing his rental price until he rented his boats for nothing to try to eliminate his competition. It is unclear if that tactic worked or for how long Dicinson's existed.

The top left picture on the calendar was cropped to make it fit. It is shown in full below.
​ 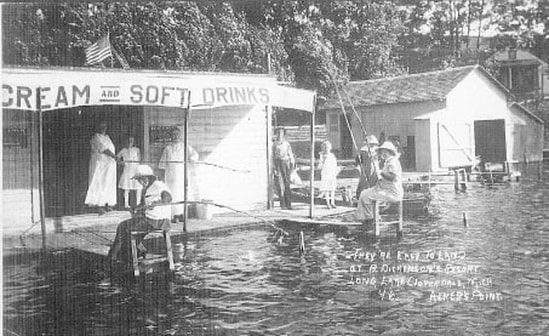 ​If you look closely, there is a building behind the boathouse to the right. That cottage was known as the "Blue Haven" and it still exists today with the blue trim! I believe that cottage was built by Mr. Dickinson to rent.

​The Dickinson pictures were taken about 1914. In two of the pictures you can see the American flag and it looks like there are only 48 stars. The 48 star flag was established in 1912 after the admission of Arizona and New Mexico to the union.
The Long Lake-Cloverdale Association is a 501(c)(3) Non-Profit Organization - All Rights Reserved
Long-Lake.org