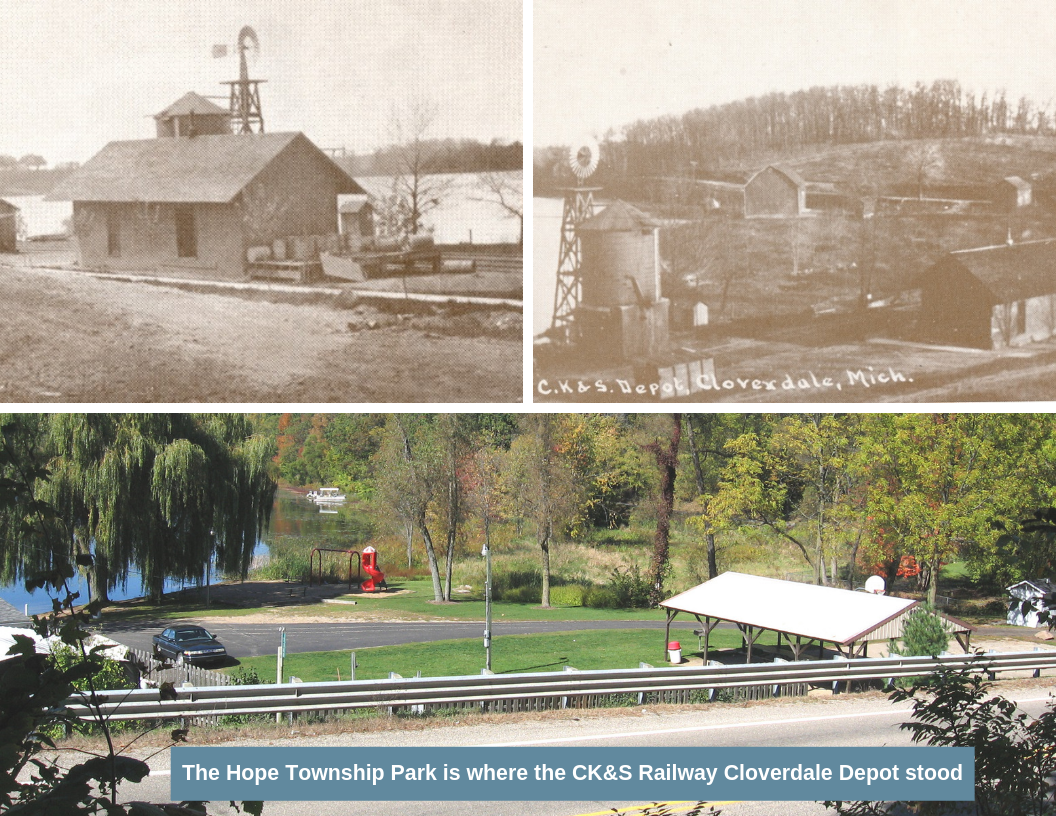 This month’s pictures feature the CK&S Depot in Cloverdale. Cloverdale was probably the main stop for the railroad to fill up with water for the steam engines. In the left-hand picture you can see the windmill and the water tower. The rails ran between water tower and the lake and the depot.  If you look closely today, you can see that the rails came behind the house on Guernsey Lake road and then went down the present CK&S Trail. ​​
​In the opposite direction the rails went along the lakeshore through where the present-day cottages are and then on toward Delton. They came out along Stevens road near Delton and on into Delton. They probably entered Delton through what is now Delton Pole and through what is now Family Fare. They continued behind the businesses in Delton and left Delton from behind what is now the Barry Township Hall and the medical building across from the Shell station. Then they proceeded south a little off the present M-43 to about where the storage buildings are now and then turned west to Doster and from there south to Cressey and Kalamazoo.
​In the right-hand picture, you can see the hill between Cloverdale and Long Lakes. Notice how there are very few trees. In the background is a building that looks like a barn. The cement foundation is still there. The doors for the barn are on the right-hand side and there is a drive that comes off Guernsey Lake road. Today that entire area is under water.
Some of the buildings that were a part of the CK&S still exist. Three of them are on the farm owned by Nelson Hine which is on the North side of Long Lake across the road from Camp Michawana.

This building, except for the added carport, was the depot at Acker’s Point. It was moved across the ice one winter and dragged up the hill to its present location.

​The building in the picture below was a service building at the Shultz location. Mr. Hine’s mother obtained the right to move it before it was to be torn down. It served a couple of purposes before finally being moved to its present location. 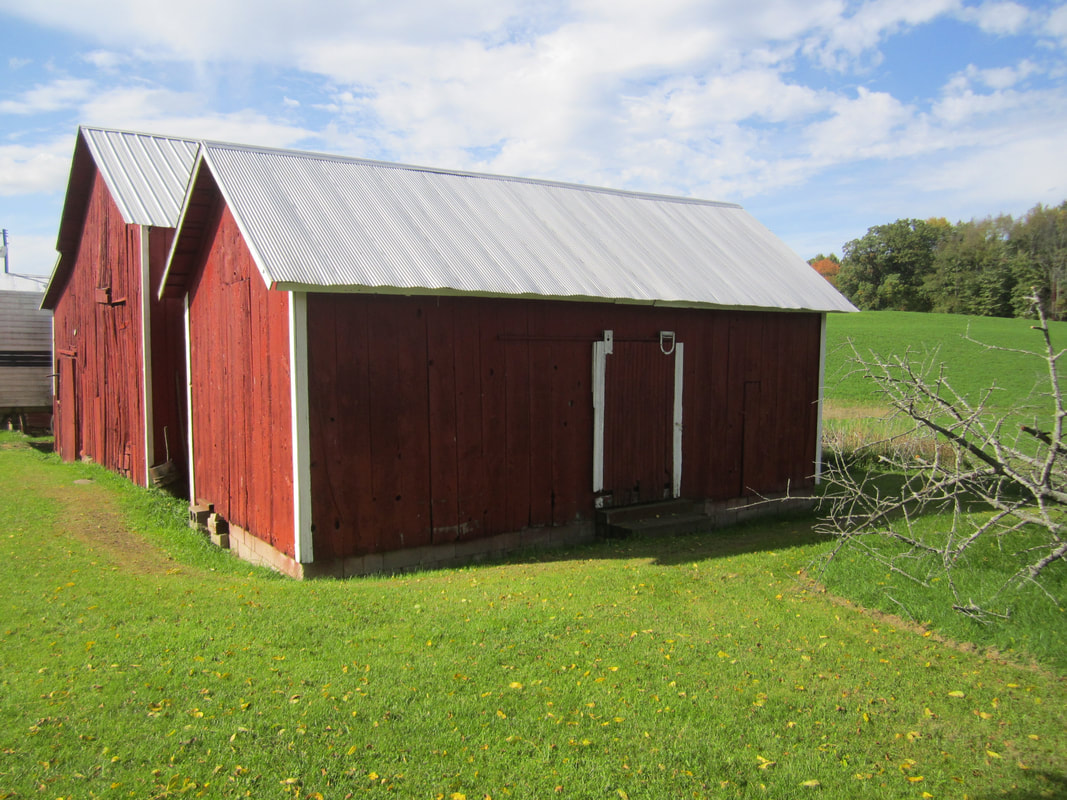 This building was an ice house and was located on the point which is now the properties of John & Carole Smith and Dan & Holley Belt. There is no information that I could find concerning how it served to store ice in addition to the ice house at Acker’s Point. ​
The Long Lake-Cloverdale Association is a 501(c)(3) Non-Profit Organization - All Rights Reserved
Long-Lake.org