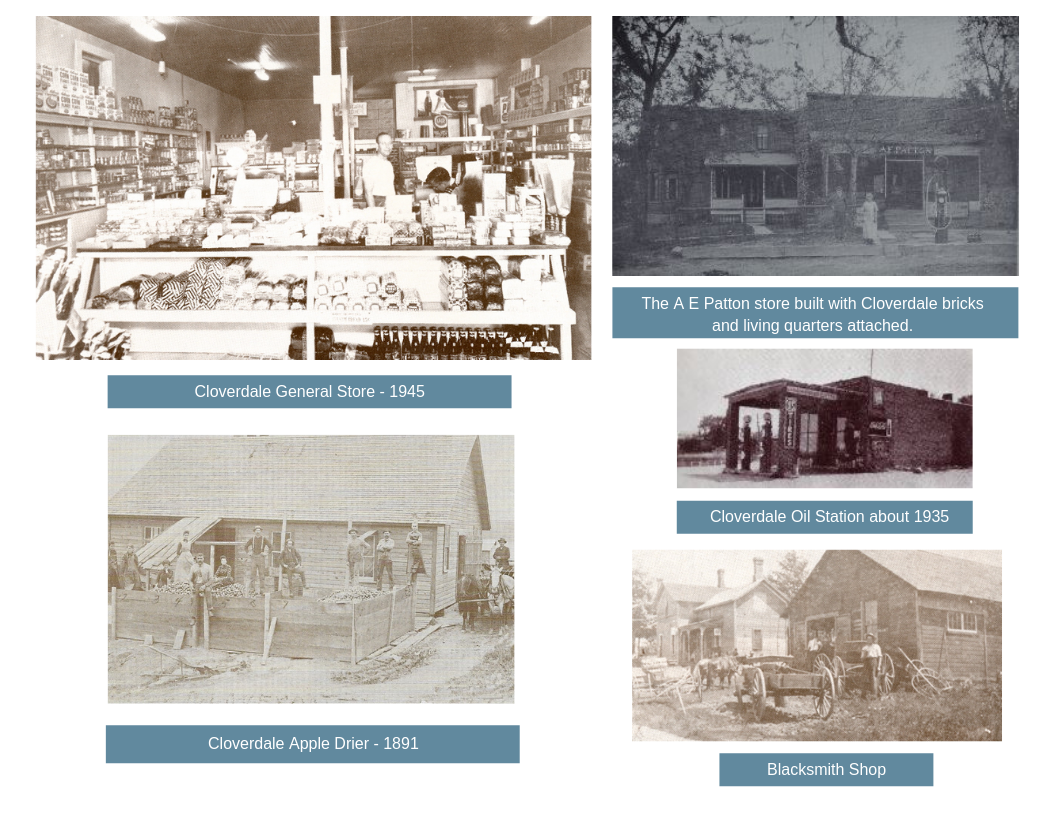 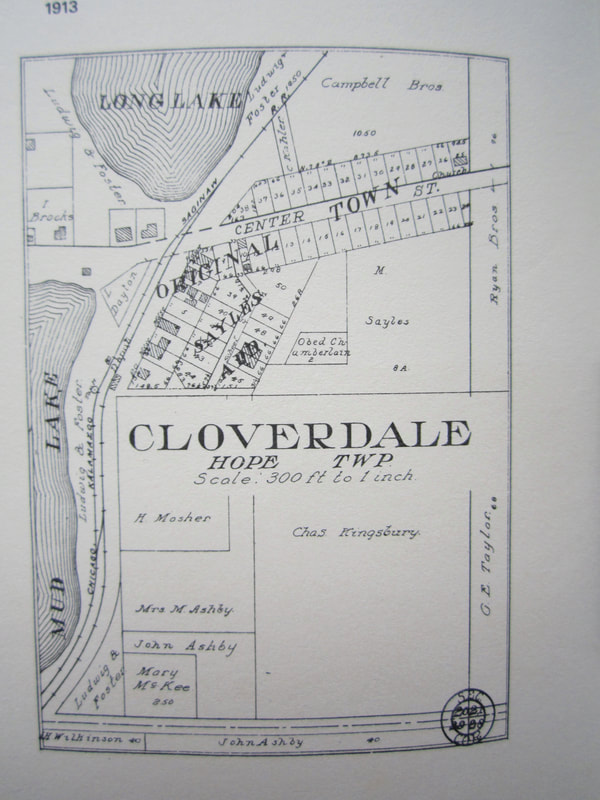 The village of Cloverdale plat shown here, dated 1913, was expanded by adding lots 39 through 50.  From the South to the North I will try to identify how “Downtown Cloverdale” developed.

Just South of lot number 1, across from the CK&S depot was Howard Moser’s grocery store. He moved his store from near the intersection of Kingsbury and Cloverdale roads when the railroad came to Cloverdale in 1887. Before he moved, he petitioned the US Postal Service to establish a post office at his store. The Post Office agreed to set up a post office and sent him a letter informing him of their approval but addressed it to Cloverdale. And this is how the Cloverdale Post Office was created.

The Cloverdale Telephone Company was founded in 1902 and was located first on lot number 1. Since then it moved many times!

​On lot number 2, across from the depot was a music store. It probably sold sheet music, small instruments like harmonicas and cylinder records for Edison’s new Victrola.

The A.E. Patton Store shown on the calendar was probably built on lots 4 and 5. It was originally built in 1890 but burned and the Patton store was built in 1905. It stayed in business for about 25 years. Notice that there were gas pumps located in front of it. Today the brick residence which was on the left of the building is pictured below and has recently been remodeled. Over the years it has been used for quite a few businesses including the grocery, as a hair salon, a restaurant and a gas station. Directly across from that building the Post Office was relocated and it served the community for many years into the middle of the century. The Post Office was moved in 1972 after the Cloverdale Church burned. 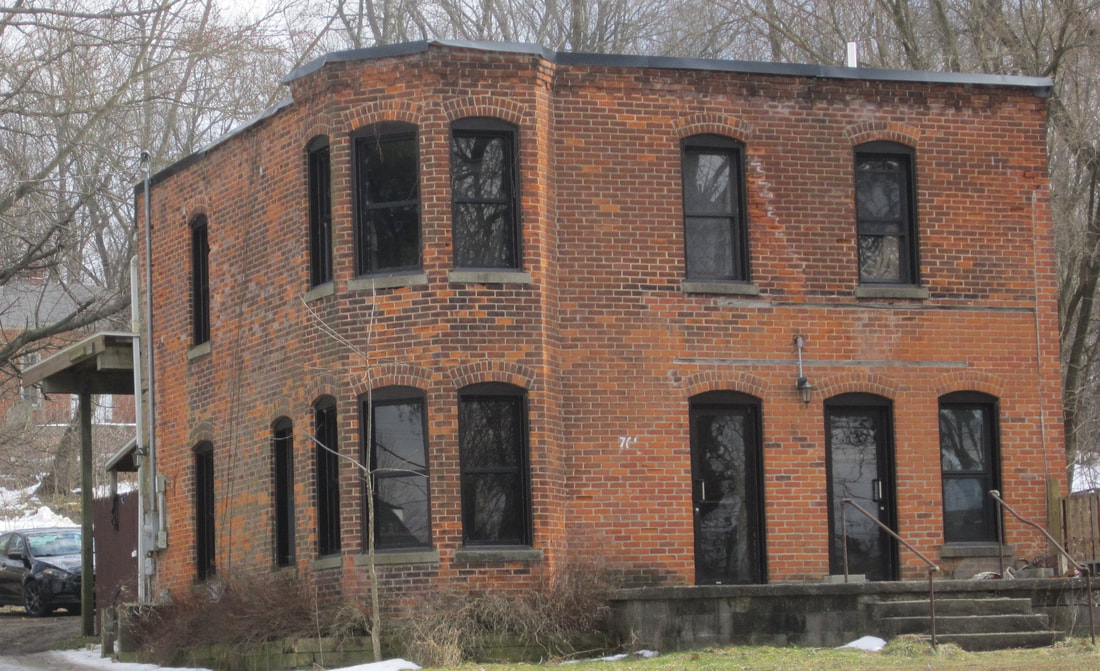 ​In 1887 a small building was built on lot 6 for a meat market. This building later served as the telephone office, a beauty shop, a novelty store and finally the village post office for a short time. It was torn down in the 1950’s.
The first hotel in Cloverdale, The Dayton, was built in about 1890 across the railroad tracks from lot number 7. The second hotel, The Lakeview, was built on lot 7 in 1895. Both are pictured above.
​
On lot number 8 two brothers built a hardware store in 1887. It was in business until 1920 when it burned.  In 1927 another building, shown on the calendar as the Cloverdale Oil Station was built and operated as a grocery and gas station. In 1987 it was run into by a shredded bark delivery truck that lost control on the curve when it's brakes failed. The building was so badly damaged that it had to be torn down. In 1993 the present Cloverdale Store was built in its place without the gas pumps. 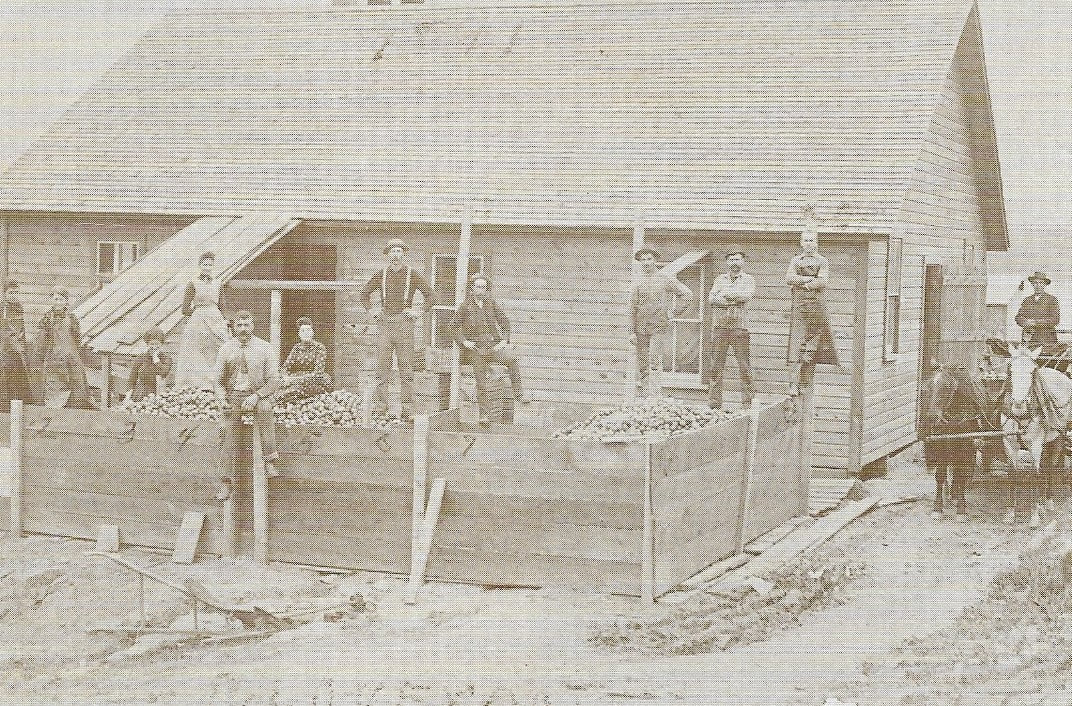 ​Directly across from the Cloverdale Store pictured on the calendar was located the apple drier, built in 1891. It operated until the late 1890’s. Today the mini-storage facility is located there.

​The present ACE Hardware Store was built in the 1940’s by Walt Lewis on lots 20 and 21. It was named Lewis Electric and Plumbing. 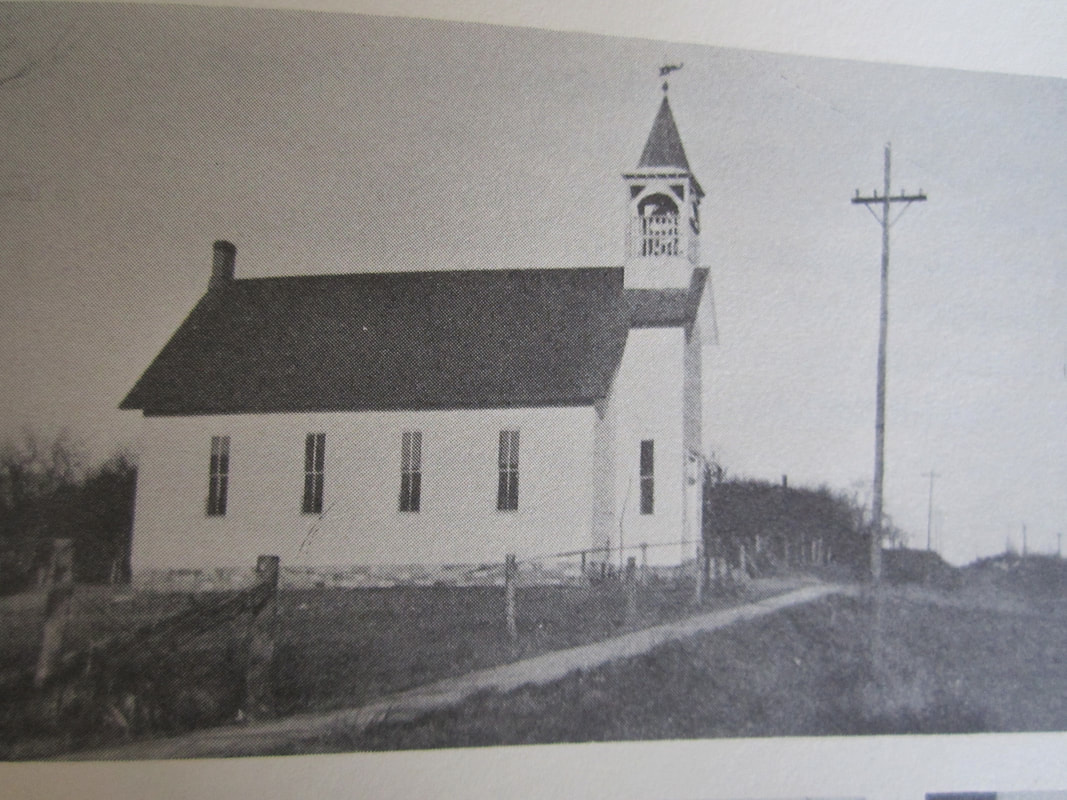 ​Lot number 25, which is now the Post Office, was the Cloverdale Evangelical Church built in 1890. In 1972 it was struck by lightning and burned. It was thought that lightning struck the bell, travelled down the bell cable, jumped to the structure around, smoldered for a few hours and then burst into flames.

The Cloverdale School was built in 1901-02 on the hill on lots 46 and 47. After it was no longer used as a school it was converted to a residence by removing the second story it still exists behind the old Patton store on lot number 4. 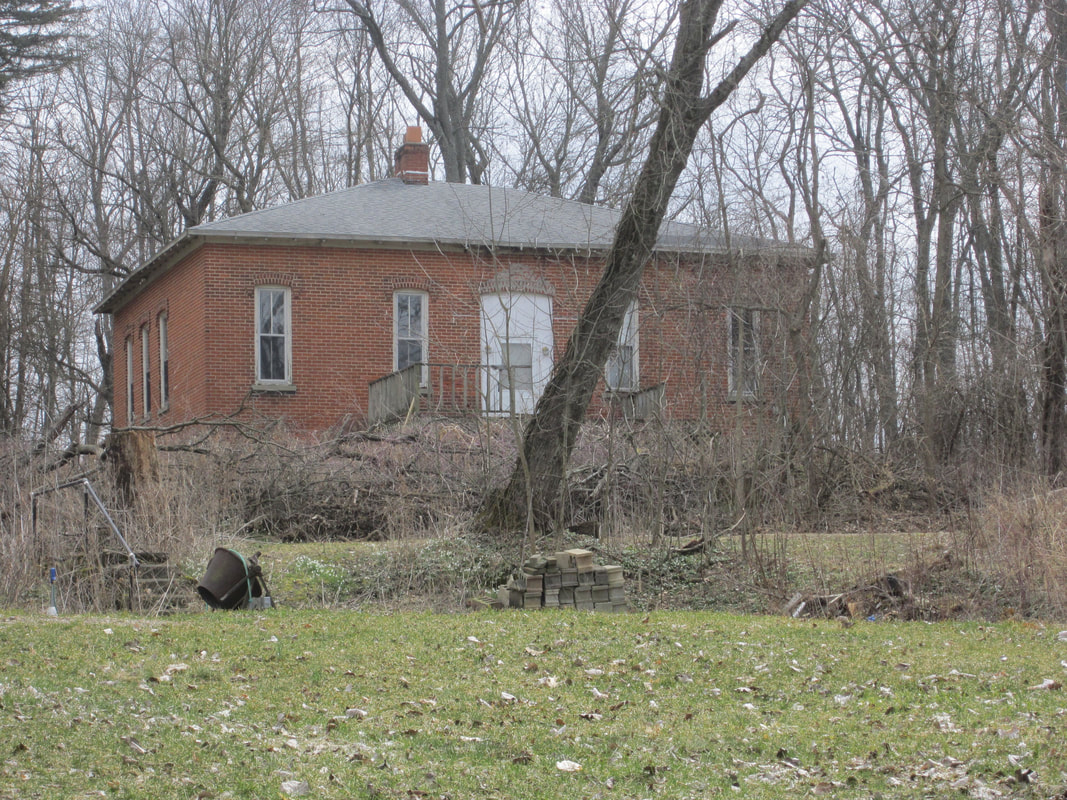 ​
So there you have the story of “Downtown Cloverdale”.
The Long Lake-Cloverdale Association is a 501(c)(3) Non-Profit Organization - All Rights Reserved
Long-Lake.org